When I started drawing again in May 2005, naturally I was using pencil as I always had.  Since I wanted to progress into
comic illustrations which were traditionally drawn again in ink over the pencils, I realized that I had better pick up a dip pen and start drawing with it.  And that it had better be sooner rather than later!  So after practicing on the odd wheel barrow, mole trap and over grown sundial, I embarked on drawing Dent's local Butchers shop for the village magazine.  And then the Denver Village store. And then I was commissioned to draw Denver Junction and Gatehouse, followed by Denver Windmill, Downham Market Town Hall,
Downham Market Railway Station (which won a Restoration Award), the station not the drawing... 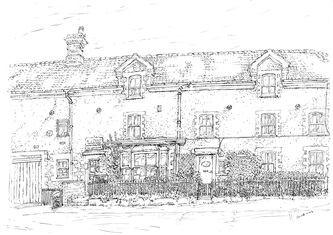 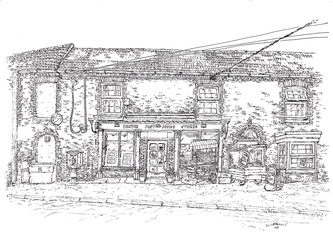 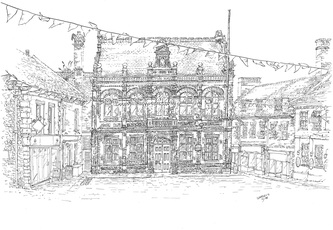 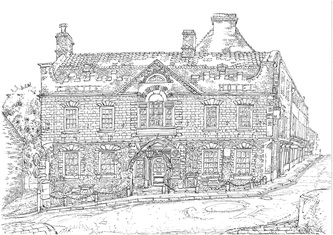 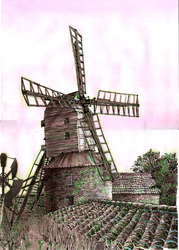 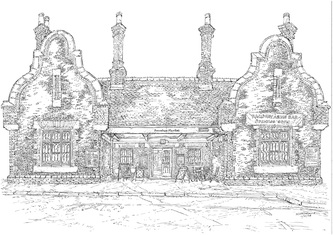 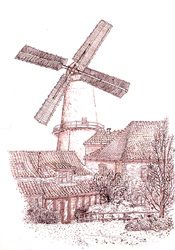 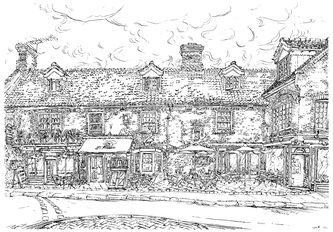 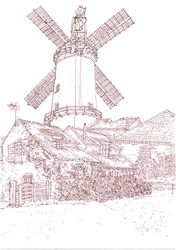 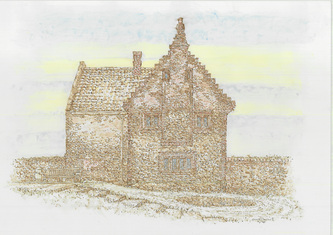 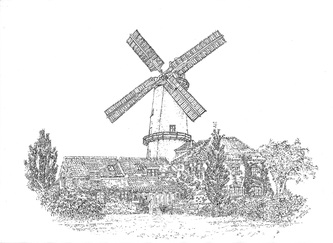