'It Came from... Someplace!'
A Replacement Heroes Adventure

While attending either the Bristol or Birmingham Comic Convention a while back, Dave Evans of Futurequake Press offered me a third
script to draw. Thanking him I asked what it was about - he said '...you know - giant monster/reptile causes chaos in Chicago, hero and his mentor
enter the fray to confront threat and eventually defeat villain'. Again, I said thanks - but have you got anything else to draw, I don't know if
I fancy superheroes? Yeah, and me having drawn only two short stories up to this point - whaddaya talking about?

As it happens writer Michael Moreci had created 'The Replacement Heroes some time ago and had pretty much consigned them to comic
script limbo, until I turned up with thumbnails and sketches. If I remember correctly just as we were getting the Futurequake strip going,
events at the time pushed this script back into limbo. Having produced the 'Civic Service' 6 pager for Reading With Pictures' we went on to
complete the original Butch and Talbot 8 page story for Futurequake which became known as 'It Came From ...Someplace!'

We had great fun with it, and had the added bonus from editor Dave Evans of colouring the final page for the back cover.

Hope you enjoy it as much as we did. 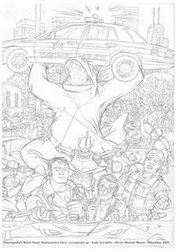 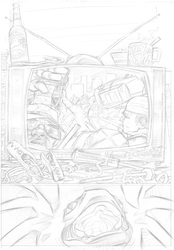 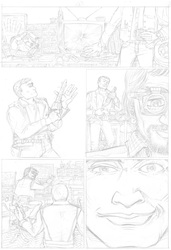 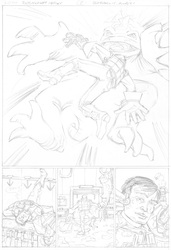 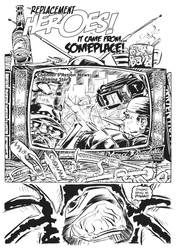 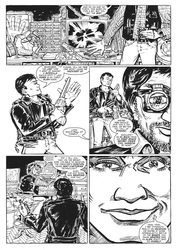 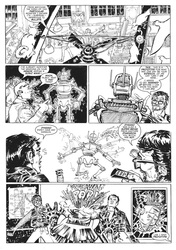 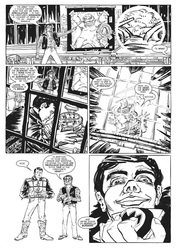 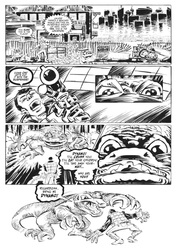 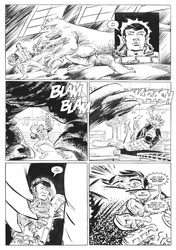 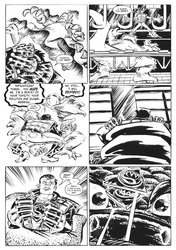 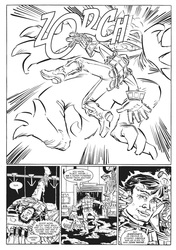 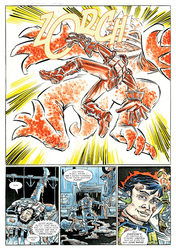