When haven't I wanted to draw comics? I loved Frank Bellamy's Thunderbirds in TV21 each week, but when I discovered early sixties Marvel Comics
amongst my brother's stack of DC Comics I was hooked. For me the Fantastic Four was, well - fantastic, and Steve Ditko's Spider-Man was positively creepy! I was always drawing, and invariably it was comic style - from art class to art college my work often echoed album or comic art. In those days America really was on the other side of the world and comics were produced in New York. There was little or no literature or books teaching comic art, so where
to begin. After a few false starts and over 20 years as a Restaurateur I finally managed to get back to the drawing board and have a go. 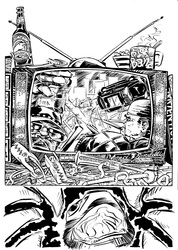 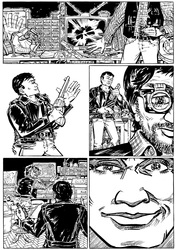 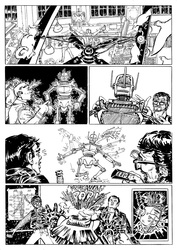 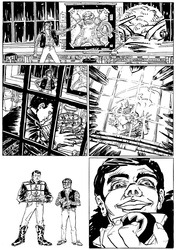 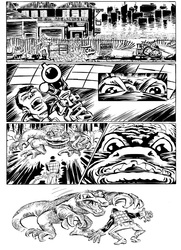 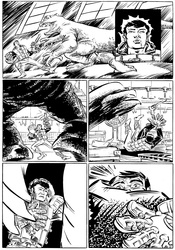 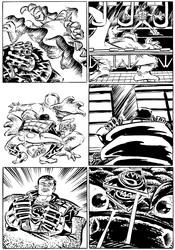 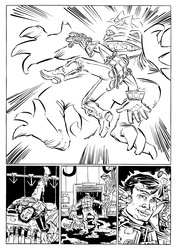